What are Public Displays of Affection?

Showing everyone you are in love is one of the best feelings. You’re so happy you just want to share it with everyone. Whenever you’re with that special someone, you can’t take your hands off them. That might prove to be a problem if you’re in the Starbucks waiting line. People will be turning to try and look discreetly, possibly casting judgement. While it doesn’t matter what people think, it matters if you’re making everyone around you uncomfortable. You don’t want to be offending everyone, just because you’re happy enough to shout it to the world. Does that mean you should be completely platonic in public? No, it means you need to demonstrate your public displays of affection in moderation. So, here are some of my relationship coach tips for keeping your love a little more, public-friendly.

It’s unlikely that you’re going to offend even the most conservative person with a quick kiss on the cheek. This is customary in many countries as a mere greeting, as commonplace as a handshake. No one is really going to pay any attention. When it comes to your lover, you might want to demonstrate more than a handshake. A simple kiss on the lips, between 2-5 seconds is acceptable. This is the kind of kiss you might use as a “hello” with that special someone. Anything more than 5-7 seconds is likely pushing it. Tongue is pretty much unacceptable in front of an audience. The only exception for this is when you’re at a party with friends. People who know you and likely won’t care too much.

Your lips aren’t the only way to express your feelings for someone. Holding hands is a common way to announce your relationship to the rest of the world. This is acceptable in most social situations. However, it’s rude if you don’t let go when someone is trying to pass you on the sidewalk. It’s acceptable to put your arm around someone, regardless of where you might be. But don’t let your hands wander. Groping in public is never acceptable. It’s not acceptable in a public setting, like the park or a diner. It’s not even acceptable at a friends party. It’s awkward for other people who may be too shy to tell you to cut it out. It doesn’t matter if you’re clothed – groping is still unacceptable. Now this actually includes “nibbling” and “tasting”. Many people think it’s okay to playfully nibble a partner in front of other people, but it really isn’t. It makes everyone uncomfortable because even when it’s intended to be an innocent thing, it could be a sexual thing and people don’t know why you’re doing it.

When it comes to public displays of affection – always use your discretion. You have to be able to recognize when people seem uncomfortable. It may be an acceptable action, but if you’re making someone feel awkward, maybe it’s best to leave it for the bedroom. Or at least the privacy of your own house. With that said, the rules still apply if you have company in your own home. If you’re around other people, use the public display of affection guide.

He is the UK's leading Dating Coach and Relationship Expert, helping 1000s find love each year.

This site uses Akismet to reduce spam. Learn how your comment data is processed. 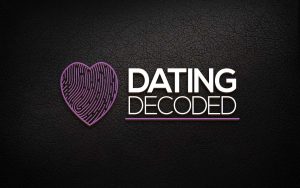 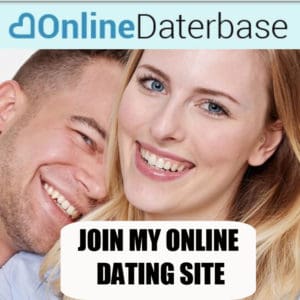 Get My New Online Course